"You are a mist that appears for a little while and then vanishes." (James 4:14) 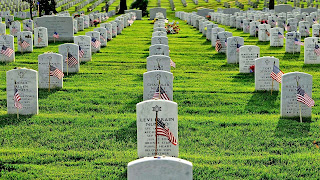 I was only at my new church in Alpena, Michigan a month when the September 11th terrorist attacks hit our beloved country. I remember it well. I remember being glued to the television, to the site. No words. Silence. Unbelief. Grief. They were not my family members, but they were.

I am at my new church in Logansport, Indiana, less than a year...when a young marine was honored by his city for giving his life trying to save civilians from the barbaric lifestyle of the Taliban. I will remember it well.

Black, White, Hispanic, Asian, young and old...no ethnic divide this past Sunday. No strangers. The human family gathered to pay respect and in some way to release some anger at an unnecessary loss.

I've never been in such a massive crowd where tears streamed down the faces of those gathered and silence blanketed the event. An uneasy but necessary quiet. Somber reflection. No cheers. No laughter. No jokes or flippant conversation about the weather. Solemnity. This was not a parade. This was a funeral march for a native son. Grief for a suffering mother, father, and siblings. Grief for our nation.

And then the roar of thousands of motorcyclists - patriots who support the act of remembrance and honor. Men and women who could barely drive their bikes because of the overflowing tears, the unexpected support, the community sorrow. He was not my family, but he was.

All I kept thinking was, "I hope they know and feel loved." An unusual sentiment for those you do not know. Perhaps it is my own internal desire. To know that I am not going through a tragedy alone.

He was not my family, but he was.