"And Jacob said to Pharaoh, 'The years of my pilgrimage are a hundred and thirty. My years have been few and difficult, and they do not equal the years of the pilgrimage of my fathers.'" 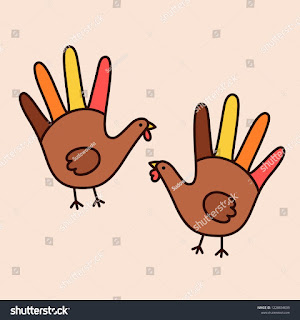 Some one hundred or so individuals, some seeking fortune, some escaping slavery, some seeking religious freedom, left Holland in September of 1620. Or as we would say today, "Discounted cruise ship weather." Almost two months later (November/December) they would land in Plymouth Bay, Massachusetts. I believe this is called "poor planning" as New England in the winter is a challenge even for modern day dwellers. To their defense they did think they were heading to sunny Virginia.

Imagine having no lodging. Very little food. No protection from predators (man or animal). Discord among your fellow passengers. More than half of you will die that winter. Not a good advertisement for the cruise line.

It's like the Pilgrims. Everyone has their reason and they are willing to risk everything to get somewhere...somewhere else than where they currently are. And for many, the destination is just another version of the hell they tried to escape. The weather just might be a bit better. Which begs the question, "Why aren't more people trying to illegally get into Jamaica or Aruba or Costa Rica?"

The early Pilgrims were actually called such by their first governor, William Bradford: Pilgrims or Saints. Individuals and families making a sacrificial journey to a new land, to the Promised Land. Struggle. Sacrifice. Stalwart. I'm sure some back home said, "Stupid." But all such pilgrimages are in reality a bit unexplainable to those who are content. Unexplainable urges for something more, something new, something transformative. And all come with some form of a cost.

I wish we would teach school children about these things more often. Perhaps we would be better off as subsequent generations appreciate and emulate those "S" qualities. Perhaps less biased indoctrination about unhistorical "White Privilege" and glorified Norman Rockwell paintings.

I am reminded of this as I think about glued Pilgrim hats, Indian headbands, and turkeys in the shape of my hand. All fun for the holidays. I guess it beats teaching them about dysentery, lice, and hypothermia. I mean...how would you draw that anyway?