"The LORD God made all kinds of trees grow out of the ground-- trees that were pleasing to the eye and good for food. In the middle of the garden were the tree of life and the tree of the knowledge of good and evil." (Gen. 2:9 NIV) 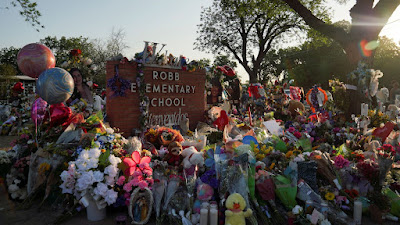 My writing this week reflects two things: the murder of children and a book that I'm reading called, "Defeating Sin: Overcoming Our Passions and Changing Forever" by Fr. Joseph David Huneycutt (Eastern Orthodox).

The first time we see the word "evil" in the Bible is Genesis 2:9. Nothing "evil" has happened...yet. Nothing to connect the word to any event or thought or action. It is simply listed as part of the dual fruit of one tree: the tree of the knowledge of good and evil.

Adam and Eve were forbidden to eat from this tree. But why? I'll get to that in a moment. For right now, I want you to simply consider that it existed. In the beginning God created and everything was good, including this tree. I'm not saying that evil is good or good is evil. We are living in such confusion at present.

If knowledge is good, then why were Adam and Eve forbidden to partake of it? We are not told directly, but many of the early Church Fathers taught that Adam and Eve were in a state of untested innocence. Adults but immature. They were not ready for such knowledge. Which is why we don't educate our Kindergarteners on human sexuality or the atrocities of Auschwitz.

The question may be asked, "If knowledge of evil was part of the tree, then where did it exist? In another world? No. In another dimension. Yes. Most scholars believe that soon after the creation of the world, Satan rebelled taking one-third of the angels with him. It is this divine awareness of God, this evil, that he is trying to protect Adam and Eve from.

But of course, man's free will and God's sovereign allowance of the Tempter to tempt would enter into paradise, and with dire consequences for all of humanity. What they were to understand in theory, they now understand in personal reality.

No, they didn't murder or steal or commit adultery or lie. They coveted. They wanted something they were told they couldn't have. They fell and took us with them. Sounds benign. Spoiled children. No. Evil. The character of Satan.

Father Honeycutt expounds on the two-tree concept originally written in a theological poem by St. Seraphim the Syrian. But in this example, he uses the tree of the knowledge of good and evil and juxtaposes it with the tree of Calvary - the tree of life that sprouted once again for Jesus.

The tree of the knowledge of good and evil promises life but brings you death. Remember that there was a "Tree of Life" and Adam and Eve were quickly removed from it lest they eat and live in perpetual, eternal separation from God (Hell).

This was a tree of moral awareness. However, the tree is not the issue; it is anything forbidden for our safety and for our well-being. We think with more information we become wise, but instead we deny it and become fools. What we think as light is perpetual night.

The tree of life that came through the crucifixion promises life only if we die to ourselves. We think of that horrible affliction on the cross as humanity's darkest hour, but it becomes perpetual light. And no one who walks in the light will ever stumble.

Evil. Killing a teacher and nineteen eight to ten year-olds just attending school. Sometimes its a simple as that. No excuses. Evil.

The absence of good.

The absence of God.