"And we, who with unveiled faces all reflect the Lord's glory, are being transformed into his likeness with ever-increasing glory, which comes from the Lord, who is the Spirit." (2 Corinthians 3:18) 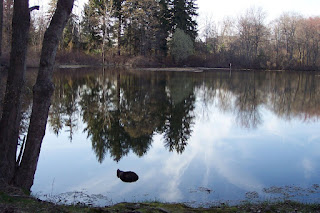 I was 6 in 1968. Born in 1962 plus 6 years...yes, I was 6. I just calculated that per the new math equity scale and that's going to come in around between 4.3 and 7.6 but I'm not sure that matters anymore as long as I feel good about the answer. Okay, technically I was 5 years and 8 months per the Gregorian Calendar. I can already hear my beloved say, "You and your eldest daughter...you're always rounding up. You were 5!"
It does make me feel a bit better because on April 4th, 1968, Rev. Dr. Martin Luther King, Jr. was assassinated outside of his hotel room in Memphis, Tennessee. I was 5. If I were 6, I would probably have remembered. But I don't.

I've been trying really hard to remember anything about that day or the day Bobby Kennedy was killed later on that year. Perhaps I was too busy with ticks on my dog or worms or gum in my...or leeches down in the ditch. Real threats to a 5-year-old white farm boy who only saw black people on television.

Honestly, I can't remember the first time I met a black person. (I just raised my shoulders up and down). Statement of fact. No politics. No opinion. Like I can't remember the first time I saw a bear or a snow cone or naked girl. I'm sure I did. But I was 5. And I had a 2-year-old sister. I saw her bear neked and cold. Like worms or gum or leeches (good ones). But I was 5 and had an outside dog who was prone to ticks. I'm hoping you see the interest level.

I'm not sure how we would describe parenting back then, but I don't remember my parents sitting me down explaining to me what happened. I think back then parents loved by shielding. They suggested I go play with my farm set or gave me an extra hour out in the dirt with a stick before I had to come in for my bath. Complex days. I was 5.

I was trying to think about the first family member that I saw dead. My Grandpa Cains died when I was "around" 10. He had a stroke long before that and honestly, that's all I remember about him. Bedridden. And then not. And then a family Cains reunion at a really weird place where I ran around and with certainty, created trouble with my cousins. I can honestly say that I don't remember the place having a playground set. I clearly wasn't dressed for it in the first place but when did that ever stop an "around' ten-year-old boy?

I can't remember any conversations about "that person in the box." No trauma that I can think of.

I can dimly recall the news that our neighbor's (Bert and Lena Garner's son) was killed in Vietnam. And that mom and dad had a blond-haired guy (Barry?) who came over and showed them a lot of pictures of the war. I vividly remember that I was not included in the viewing. Love.

As I reflected today (Monday) on the death of the civil rights leader, I couldn't help but think of how difficult it is now days to love through shielding. You almost can't. My heart hurts for my grandkids.

It longs for ticks and worms and gum and leeches.