"The Pharisees and Sadducees came to Jesus and tested him by asking him to show them a sign from heaven. He replied, 'When evening comes, you say, "It will be fair weather, for the sky is red," and in the morning, "Today it will be stormy, for the sky is red and overcast." you know how to interpret the appearance of the sky but you cannot interpret the signs of times." Matthew 16:1-3 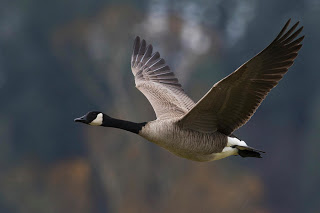 Lately, I've been seeing a lot of geese flying north. It's a sign. Only three more months of winter. Yep. Clouds look a little funny today - a little more grey than usual - probably means snow. Supposed to be a good night to see the stars - clear skies - you know what that means - its going to get cold tonight. I saw a fat robin today. He was froze to death but it was an encouraging sign that spring is right around the corner. What's the old sailor's saying, "Red sky at night, sailors delight. Red sky in the morning, sailors take warning."

I don't know about anyone else but I watch the news for one purpose: to see the weather. I don't know why. It's usually wrong and...I can't do anything about it anyway. My search for some sort of redeeming truth by the major networks I guess. But its about planning, about being prepared. Knowing how to dress in the morning. Making sure I have a little more time to get the ice off of my windshield before heading to work. Anticipating the weekend and the possibilities.

I think this was Jesus' point. Planning. Preparedness. Making sure you have the proper time. Anticipating the future. Not in regard to the physical world that we live in but the spiritual, the eternal.

They wanted a sign. He was the sign. It was Jesus' indictment of the religious leaders. They knew more about the signs in the sky than they did the spiritual signs or rather sign that was standing right in front of them.

When Jesus was just a baby his mother and father brought him to the temple to be dedicated and to fulfill the law of the firstborn. Little did they know that an old man by the name of Simeon had been waiting for years for the one who would redeem Israel. And by divine appointment they all met. Simeon said to Mary, "This child is destined to cause the falling and rising of many in Israel and to be a sign that will be spoken against" (Lk. 2:34).

The sign that Jesus eventually gave the religious leaders was the sign of Jonah. The message of repentance. The sign of the resurrection. Not very popular when you are trying to maintain the status quo.

Jesus told his disciples that there was, indeed, a sign that would come but one that the world would not be prepared for - a sign in the sky that would make the whole world mourn.

Do you know what it will be?

Hint: It's probably not going to be a goose.

(Note: The word "wawa" is the 1st Nations word for "goose" and a great convenience store on the east coast).