"Anyone with such a defiling disease must wear torn clothes, let their hair be unkempt, cover the lower part of their face and cry out, 'Unclean! Unclean!'" (Lev. 13:45 NIV) 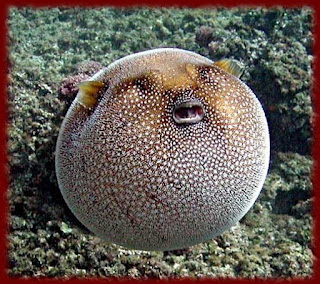 I had my annual physical in December. You know the appointment that you're supposed to have every year but ends up being every two or three or five. You know the one where the doctor says, "Anything wrong or concerning?" And you say, "No" even though you could do a full organ recital of complaints about the aches and pains you're experiencing. You know that one where she listens to your heart and says, "Yep. It's still beating" and then charges you almost $400. And you have a heart attack when you get the bill. Yes, that appointment.

So, all the numbers were good. Everything was in the right place and the right size (and all God's men said, "Amen"). Then she springs it on me. "You know...you really should have those capillaries addressed on your face before they become problematic. I'm guessing... farm kid, 1960's and 70's. No sunscreen. Multiple sunburns."

I'm glad she went to medical school, or I would have never guessed that was the reason for my very red (or as they say about handsome men in the Bible - ruddy), bloodvesseled (my spell check is fighting me but overriding), often swollen cheeks and nose. I was well-aware of my negligent youth and consequences.

"Easy solution. Face transplant. They just did one in France and he's doing fine." I giggled uncomfortably not knowing if she was joking as she grabbed her Magic Marker. I was thinking more like that old show Quantum Leap where he comes back and goes into this chamber and gets zapped by infrared light which literally kills the entire outside layer of his skin which he just wipes off like a layer of dust. So cool! Nope. Laser.

Now that sounds cool at first but then you begin to think about laser beams that cut through steel or kill alien invaders. She's probably going to tie me to a chair. I'll be brave.

The day arrived. A Friday. Two days before a public appearance preaching before the masses and a family funeral in the afternoon. What could go wrong. At worse I'll be a little red.

"Now you're going to feel a little prick like a little needle stick." I noted the word "little" twice. That means it's really going to hurt. The laser will actually explode each capillary and the blood flow will find another route deeper into the skin. It won't come back again, and you'll have nice clean skin. The problem: I had about a thousand capillaries.

"Doing okay?" she said after explosion 100. Only 900 more to go. She handed me a nice cold roller. Oh, man, did that feel good. "Look, Deb, look how nice that looks. Sometimes it's painful to look beautiful," Doctor Mangala said. Not what I wanted to hear at that point. I was looking for "all done." But that wouldn't come for another half an hour of pure torture.

"How's the pain level - 1-10?" I'm beyond numbers. Let's just get this over with so I don't have to confess that I cried in front of women.

Over. Can't feel my face. 1:30. Hungry. Cracker Barrell. Sitting at the table. "Deb...I think my face is leaking." The water blisters started to emerge. Not a pretty sight. Couldn't wait to get home. Worse on the cheeks and nose where I scabbed up. But I'll be alright tomorrow. Nope. Looks like I skidded on my face in the driveway...multiple times. Swollen like one of those Puffer Fishes. Maybe no one will notice.

Sunday. Left eye swollen. Water pockets under both. Scabs. Water retention all over my face. I looked like a pumpkin. I will never make fun of women who complain about retaining water again. Deb was prepared to be the brunt of my explanations, but I spared her the humiliation of suspected spousal abuse and just went to the vanity/precancer answer. I spent the day "explaining." First at church and then to total strangers who thought I went through the windshield of something. Nope. Just laser surgery. And everyone over 60 said, "Yep. Had that done a few years ago myself. Had this cut off and this cut off and...I was not encouraged but thankful that mine was treatable, a preventable non-cancer issue.

Today, I still look like I was in a street fight, but things are healing. I'm hoping there won't be a round two, but if needed it won't be as extensive and I'll know what to expect.

In times like these I read the scriptures a bit differently. "Unclean! Unclean!" said the leper when encountering another person. The sense of rejection. The sense of shame. Embarrassment. The memory of not being this way. Wondering if it will ever end. No wonder they sought out Jesus. Hope. No wonder they were surprised when he touched them. He saw them. Beyond the skin issues. He saw them. Persons. Valued. Loved. Full of potential. Beautiful inside.

I was reminded of that as people observed this beat up guy in a nice suit. I was still Pastor Dan. Danny. Loved. "We don't care what you look like - we're just glad you're here." "Pastor, we're not here to see you. Just show us Jesus through your words today." Humbled. Thankful. Revealing.

A gracious reminder that sometimes it does take pain to be beautiful - inside.

I close with a wise and truthful saying from a family member, "You can change ugly, but you can't change stupid." For what it's worth...