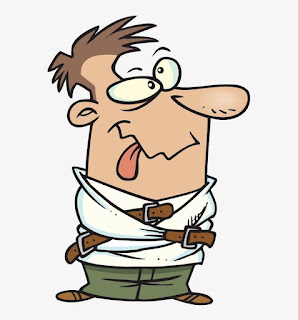 Someone asked me what my favorite holiday was. I quickly replied, "Groundhog Day." Blank stare. Not Christmas? Goodness, "no." Exhausting. Commercial. Pagan. Fourth of July? Absolutely not. Too many drunk people with explosives. Halloween? I won't admit it. Washington or Lincoln's birthday? Nope. No mail and the banks are closed. I could go on and on, but I won't bore you or open doors of personal criticism with my reasoning.

In 1887 a newspaper editor in Punxsutawney, PA., latched on to the old Pennsylvania Dutch lore of "Badger Day." This is the day where the farmers would watch the badger come out from hibernation to see if he would come out and stay or go back into its den for an extended hibernation. Come and stay...6 more weeks of winter. Go back to bed...snow until June. He seized upon the old story and made it into a fun community event which now is celebrated around the world in its differing forms.

Many of you remember the film, "Groundhog Day" with actor/comedian, Bill Murray. Bill plays a Pittsburg weatherman who is given the assignment to go and cover the Punxsutawney Phil prediction. He reluctantly goes with a very bad attitude and gets caught in a blizzard after the unveiling. He wakes up and finds that he is reliving February 2nd again...and again...and again. The original writers had him doing this for 10,000 years but it was reduced to 10. Ten years in the same day loop. Wow!

It is a reminder for us to be in the moment. Pay attention to those you're speaking with, resisting thinking about what comes later in the day. Jesus said, "Don't worry about tomorrow. Today has enough problems of its own." Not sure that was encouraging but truthful.

You've heard it said- I'm sure, "The definition of insanity is doing the same thing over and over and expecting different results." What a truth for us to consider on this Groundhog Day celebration. Don't get stuck in the day - look for something different, do something different. Shake it up a bit. Find God moving, the Spirit working. Don't return to the folly of yesterday or the week before or the year before. Don't get stuck in the,"it's Monday and this is what I do," "it's Tuesday and this is what I do." You may not be able to change your responsibilities and deadlines, but you can certainly look for something new in them. How can I make a difference for the Kingdom today? To be different as a citizen of the Kingdom today?

Statistically the weathermen and women are only 50% on an extended forecast over 10 days. The Groundhog is at 40%. I'm going with the Groundhog this year and taking the straight jacket off. If you're feeling a bit insane today like I am, join me in the support of your local groundhog and give up on watching the news for the weather. Today has enough trouble of its own.