I'm the Angel in the Christmas Play

"This is the account of Jacob's family line. Joseph, a young man of seventeen, was tending his flocks with his brothers, the sons of Bilhah and the sons of Zilpah, his father's wives, and he brought his father a bad report about them." 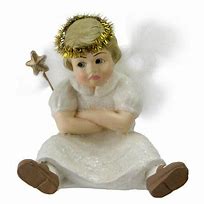 I recently heard for the first time the song, "I'm the Angel in the Christmas Play." (71) Gayla Peevey "Angel In The Christmas Play" - YouTube If you're not familiar with the song, its about a rotten kid...well a normal kid who just gets in trouble a lot for doing rotten things. The kicker is that she's the angel in the school Christmas play.

I was a little like that as a kid. I know - hard to believe. My dad used to remind me of the time when I was in that remedial time of life, especially during Christmas. Apparently, I was in good form one day and my dad said, "If you don't start behaving I'm going to tell Santa Claus and you won't get any presents." Not sure if that was a good parenting strategy for a young boy bent on destruction and world domination but it did give me pause. I was probably contemplating shooting reindeer with my B-B Gun or some sort of pyro-technique explosion pointed at Santa's sleigh or wouldn't it be cool to have my own set of servant elves to make me stuff.

When out on the lawn I heard such a chatter. I sprang to the window to see what was the matter. Away to the window I flew like a flash. Tore open the shudders and threw open the sash. (Wait a minute. We didn't have shudders and I'm not sure what a sash is - I think its the bottom of the window). When what to my wondering eye should appear but a miniature sleigh and eight tiny reindeer. No...not really. It was my mom and dad's insurance agent dressed up like Satan...whoops, Santa, bringing our annual fruit basket. His car had those stupid reindeer horns stuck in the grill. But it scared the hell out of me. And now you know why I'm a pastor. And why I was the Angel in the Christmas play.