"Do not oppress a foreigner; you yourselves know what it is like to be foreigners, because you were foreigners in Egypt." (Exodus 23:9) 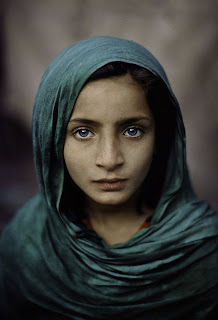 It was a long, hot, autobus ride down to a small village in southern Lebanon - a known Hezbollah area (terrorists). We arrived at the American pastor's home who was endeared by all and called, "Papa" by the locals (6 foot 6 inches tall with a full and neatly trimmed all white beard; more fluent in Arabic than the locals). We split up into two vans. I went with the pastor. We were going to visit a man and his family to share the gospel. It was not a good day.

We arrived to this house made of leftover 8 inch cinder blocks with a metal roof and tiled floors - no bigger than my living room but housing at least ten people. Simple fabric separating living and sleeping quarters. Cooking was done outside. There was yelling and screaming in Arabic. The father had basically sold his oldest daughter into marriage to a Hezbollah officer who was three times her age. She refused and said she would commit suicide rather than to be a slave. All her hopes and dreams shattered in one decision by her father. It was no idle threat. My heart broke. What could I do?

Others in the small community that were even of different Muslim faiths, e.g. Shia or Sufi, were denied jobs or given jobs no one would want to do. So sorry to inform the reader but most of the world does not have antidiscrimination laws. And the Christians...we toured a very scary re-education center (nice words for prison where they torture or kill you and your family). I couldn't wait to get out of there. What could I do?

All of these memories came flooding back this week as my eyes were on Afghanistan. Already the systematic killings/beheadings are taking place. I thought about my Christian brothers and sisters. Trapped. Terrified. Caught. Concerned.

This was all brought home when I received an email from one of my co-laborers from the International Student, Inc., ministry that I was involved with at George Fox University in Newberg, Oregon. She sent out a note a few months ago from one of her students who I had met and then remembered who was from Afghanistan. Two months ago...she asked for financial help to get her family out of the country. Two months ago word was already out the the U.S. was pulling out of the country. Two months ago she was already in fear for her families' lives. What could I do?

Men heading for execution. Wives raped and indentured or killed. Girls as young as 9 and 10 (prepubescent) being "married" off to men as old as 50 or sold into the sex slave trade, boys being sold into hard labor slavery or forced to be a soldier. What can I do?

I was convicted this morning as I was reading through some of the "exilic" writings (those written during the exile to Assyria and Babylon). God has a huge heart for those that are refugees - foreigners pushed out of home and life because of external conflict. They aren't seeking a better life. They are seeking to live.

My passion for mission has inflamed. My hunger to go has resurfaced. My spirit aches. What can I do? Holy Spirit lead.